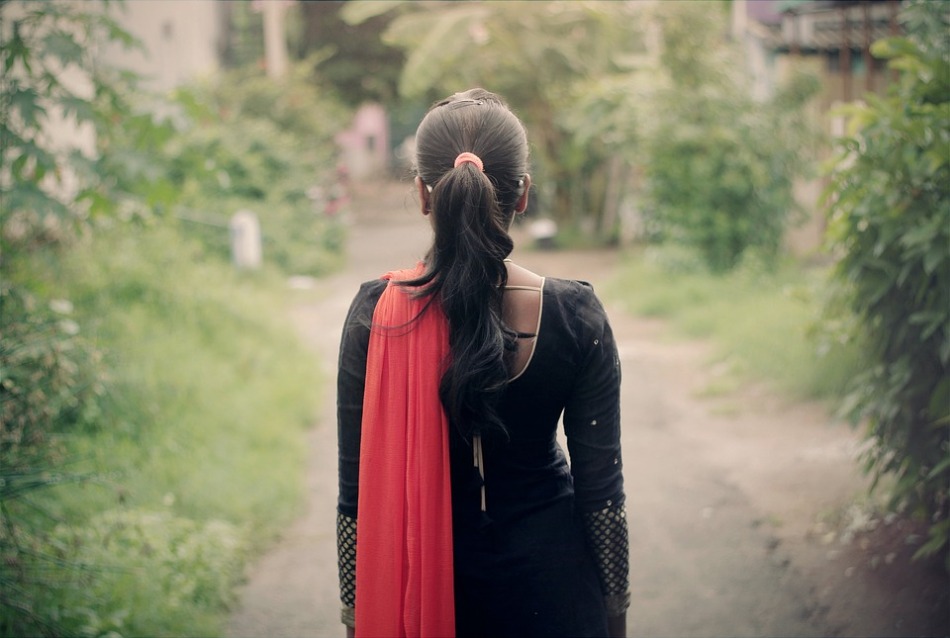 Here’s a picture that I’ve attached, that goes back to my first night. I was lying stark naked next to the love of my life, who was trying to make love with me, who was, for the first time trying to enter my body, that is, only after they allowed us to have our first time.

A Hindu wedding, one of the most sacred of rites, incorporates many timeless rituals and customs, and one such tradition which we were to follow, where the newly-weds were served with a glass of milk on our wedding night in order to de-stress the body and keep the sex drive high[1]. Sadly, these age-old traditions have trivialized this so-called sacred institution of marriage to that of a mere physical form of love. Which makes me wonder, why do we tend to love someone? Is it because we can’t keep our hands off each other’s bodies or is it this deeper connection with our souls which mould us into one entity. Then why is it that in our nation marriage is considered so sacred yet the first act after marriage is celebrated with sex?

Ironically, we are punished for public display of affection and as soon as we are married we are pushed into a room with a glass of milk and a bed decorated with flowers? What if I don’t want to have sex with my partner? What if my partner doesn’t want to have sex with me? Do we defy the institution of marriage if we don’t have sex on the night of the marriage? Why is it that we cannot look at marriage beyond sex? Or maybe without it? Will our marriage not be validated if the act of consummation is not performed? The concept of Consummation is something that I’ve failed to decipher, I mean it neither preaches procreation nor is it the social expectation of sexual satisfaction in marriage.[2] So then why exactly are we still so loyally bound by something, that reduces the magical act of two individuals who are willing to share their body to a mere social obligation to have sex, as and when required.

They say they can’t interfere in the private space of two beings, they can’t indulge in what happens behind the closed doors of this intimate space called bedroom, they can’t intrude in the matters of violation like marital rape where consent is in question. So then why do they contradict themselves by entering the same prohibited area of private spaces and tell us to perform sexual intercourse, to follow the ritual of consummation only after which will they call us legally married. It’s surprising how sometimes, they invade our privacy when we don’t want them to and sometimes they simply don’t, even after we plead them too. How they ignore our cry for justice and yet shamelessly impose rituals in the name of society. And what deepens my agony even more is the fact that the prevalence of the concept of consummation simply fosters the previously existing cultural and societal attitudes and understandings of marriage that make it more difficult to acknowledge these violations.[3]

But that wasn’t enough for us, there also lies a greater evil which creates an inseparation of marriage with that of sexual cohabitation. They call it the restitution of conjugal rights, a process through which the courts will tell me to return to my husband or wife because I am depriving them, because they need me to fulfil their natural urges, because they need my body and physical presence to be constantly available[4].

Now, Marriage has to be seen as one living with another with no autonomy? Neither bodily nor otherwise. This is what has become of this institution, a mere obligation which we owe to our significant other and if we don’t fulfil them, we have a judge and a judiciary who are ready to get involved and tell us what to do in OUR relationship. If this is how marriage is being defined as of now, then it is no different from the forceful forfeiture of our very own body, if marriage cannot be seen separate from sexual cohabitation, then the court order of going back to my spouse against my will is nothing but forfeiture of my body. I’ve started to come in terms with reality, where love in marriage is nothing but a myth and the body and sex are the pith and substance.

So, since you know I am right, do I have to shut up now?

Thanks for keeping my feelings safe, diary.

[2] Marriage Customs of the World: From Henna to Honeymoons, by George Monger, pp 82-84

[3] “Case in point – Is consummation a legal oddity? – Solicitors Journal”.

Ananya Kanoria is second-year Law student of O.P.Jindal University. She discovered at the age of 13, while making her first journal entry, that writing is a cathartic process, a means of releasing her emotions and giving clarity to her jumbled thoughts. She chose Law as her path of empowerment and writing is her tool of paving this path.