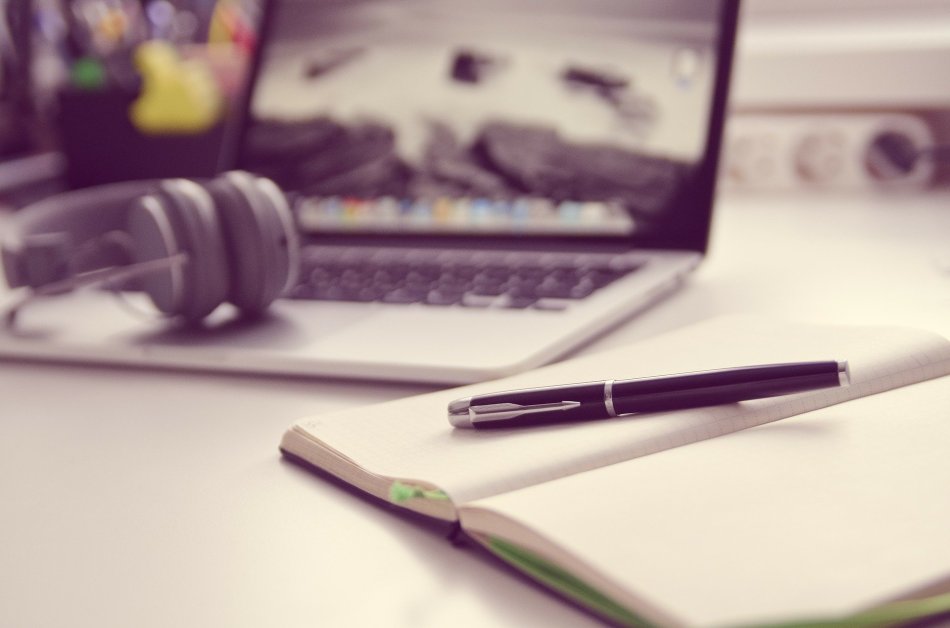 Gig economy experienced robust growth and recognition in the recent past. The spurring effect of COVID-19 can be seen not just on the full-time economy but the gig economy as well. The term ‘Gig workers’ refers to those workers who work as freelancers or on short-term contracts as opposed to permanent employment. Gig work has been touted to be the future of work for the flexibility and cost benefits it offers. These workers have used litigation as a tool to voice their labour rights in the courtrooms, across jurisdictions. Classic examples of the assertion of labour rights include the misclassification suit by Uber (Aslam et al. vs. Uber) in the United Kingdom and the suit relating to minimum wages and other benefits in the United States  (Razak et al. vs. Uber Technologies).

All legal claims in labour disputes revolve around the criterion of being classified under the definition of the term ‘employee’ and in doing so, consideration is given to the degree of control that the company has over the worker and the level of independence that the worker has in performing the job. Wrongful termination, underpayment, lack of benefits, etc. remain core problems not only for permanent contract workers but also for gig workers. This fear of misclassification (i.e. of not being classified as “employees”) amongst gig workers has been the most popular cause of litigation surrounding gig workers’ rights around the world, including developing economies such as Nigeria.  In that light, it becomes extremely important to analyse the laws governing these unconventional workers’ economy around the world.

The Indian scenario is crystal clear; employment benefits can only be availed by those who fall under the definition of ‘employee’. Gig workers being freelancers working on short term contracts, are not covered under the definition and hence remain devoid of consequential benefits such as minimum wages, hours of work, overtime, leave, etc. as compared to most traditional long-term employees. The Supreme Court took cognizance of this issue in various cases like Sarva Shramik Sangh vs. M/S. Indian Smelting & Refining, Hussainbhai, Calicut vs. Alath Factory Thozhilali and Workmen of Nilgiri Cooperative vs. State of Tamil Nadu & Ors.. After analysing such cases, it is hard to say that the Apex Court is taking steps to recognise ‘short term contract workers’ as employees. Currently, gig workers lack the ‘employee’ status under the Indian law, thereby resulting in several consequences, such as the inability to form unions to represent their interests, exploitative contacts, etc. Even though the Minimum Wages Act has the potential to protect certain rights of these workers (mainly because the definition has a wider scope under the Act), crucial protections for safety and health still remain unaddressed. This unconventional and relatively new form of workforce engagement remains untested in the Indian Courts.

The California Supreme Court laid down the ABC test for ‘worker’ classification in the case of Dynamex Operations West vs. Superior Court of Los Angeles. The test places a burden on the company to prove non-employee status, by satisfying certain criteria relating to its control over the worker, as well as the freedom and flexibility of the worker in performing the job. This test was later applied in various other cases like Aslam et al. vs. Uber , Razak et al. vs. Uber as well as in rulings given by the New York Supreme Court and Brazilian Appellate Court to determine the status of workers.

In a recent boost (March 2020) to the gig-economy, France’s top court ‘The Cour de Cassation’ upheld the decision of a lower court observing that Uber drivers qualify as “employees” and not self-employed contractors. The relationship of subordination that exists between the drivers and the company was held to be the fundamental reasoning behind the holding.

A high-level discussion on the topic was held at the International Labour Office (ILO), where a Tripartite Meeting of Experts (TME) on Non-Standard Forms of Employment reached some relevant conclusions on the topic, later endorsed by the Governing Body of the ILO. According to the conclusions, non-standard forms of employment “include, among others, fixed-term contracts and other forms of temporary work, temporary agency work and other contractual arrangements involving multiple parties, disguised employment relationships, dependent self-employment and part-time work.”

The gig economy sprawls in forms like ‘crowd-work’ and ‘work on-demand via apps’ in which demand and supply of working activities is matched online. The online, as well as offline availability, resulted in a shoot in demand for gig workers. India is the fifth largest country after the US, China, Brazil and Japan for flexi-staffing. The gig industry became a ‘go-to-service’ deal for consumers all over the world.  According to the National Skill Development Corporation, around 70 million are expected to enter the country’s labour force by 2023, including 59 million youth below 30 years. Apart from this, the government has decided to bring the gig economy workers under the new ‘Code on Social Security’ draft.

Despite the demand for gig workers, it cannot be said that this economy stands parallel to the permanent workers’ economy though it could be seen that freelancers of the gig economy morphed into a full time opportunity. Further, it had become very difficult to survive the competition in the gig community as workers started offering extremely lower prices for various jobs which in turn impacted the economy negatively. To maintain such low prices as against their competitors, many workers started cutting corners and lowered the standards of their services inviting legal liability, payment issues and other legal problems.

The darker side of the spectrum

It wouldn’t be wrong to state that the inherent precarity at the core of the gig economy has been exposed by the global pandemic. All those dependent on the gig economy for work have been hit the hardest. Gig workers were absolutely eroded by the adverse impact of the pandemic. The pandemic has exposed the fragile situation of Uber and Lyft drivers, food delivery people, couriers, etc. Coronavirus has been a two-sided sword for some of those working as delivery boys or delivery drivers who have to choose between picking up shifts that might expose them to the virus or going without money to pay their bills. The freelancers do not fit into the model of ‘work from home’ and are pretty much left jobless and starving. Freelance wedding photographers, for instance, are experiencing a decline in work opportunities.

A major population of migrant workers constitute the ‘gig community’ and the migrant labour crisis just cannot be hidden anymore. The lockdown has impacted nearly 40 million internal migrants as per the World Bank report, making them vulnerable to loss of employment and wages during the economic crisis. Moreover, on the consumers’ end, no one wants to get into the contact of migrants who travelled to their home-towns during the lockdown period and are back to work during the unlock period.

Online services appeared to operate in full force as soon as the lockdown was imposed. E-commerce services like Uber Eats, Amazon, Big Basket, Grubhub etc. witnessed a boom in the demand for their services and suddenly started looking more secure amidst the virus. The sanitary and contactless delivery services provided by the food delivery platforms attract consumers attention even more in these times of social distancing. The delivery app drivers who faced extreme competition, are now experiencing an uptick in the work. Due to the breaking demand of e-services, Amazon announced to hire 100,000 workers in the US and an appraisal for the workers in the US, Canada and Europe.

Freelancers or gig workers do not fall into the traditional employment roles and resultantly, in the traditional employment regulatory frameworks. After an online as well as offline recognition of the gig community, it becomes even more important to formulate proper laws and regulations to ensure the smooth functioning of the gig industry as well as the protection of freelancers from unscrupulous exploitations. It is high time that the bill on the Code on Social Security, 2019 is approved and enforced. The draft Code would be a holistic regulatory framework as it defines the term ‘gig worker’ alongside talking about gig workers receiving benefits through welfare schemes formulated by the Central government. A proposed change to the draft was to include digital intermediary or online marketplace with the intention of protecting the gig workers working over the internet. Apart from this, amendments should be proposed to other labour legislations such as the Code on Wages, 2019 to make the term ‘employee’ of a wider import including the category of additional persons engaged in short term employment.

It is the need of the hour to include gig workers/freelancers into the definition of ‘employee’ under different labour laws and thereby make them eligible for certain social and financial protections such as the right to minimum wages which the Supreme Court has time and again declared to be an integral part of fundamental rights. It becomes extremely unfair for the gig community to neither be included in the traditional labour legislations nor find a place in new labour law codes or regulations. Right to work is considered to be a fundamental right and moreover, the right guaranteed under Article 19(1)(g) of the Constitution of India, provides the freedom to practise any profession or to carry on any occupation, trade or business. The freedom to choose an occupation and right to engage in work of his or her choice is a basic human right which cannot be disregarded. When the choice of work does not have a bar under the constitutional scheme then why should short-term employment workers be completely excluded from labour laws framework?

Migrant workers belonging to the full-time employment community are required to be paid wages without any deduction but the migrants of the gig community remain oblivious to this. Gig workers face the disparity of payment while the daily wage construction workers avail the support provided by the Ministry of Labour and Employment, where all the Chief Ministers/Lt. Governors would transfer funds into the accounts of these workers through direct benefit transfer mode from Cess Fund collected by the Labour Welfare Boards under the Building and Other Construction Workers Welfare Cess Act, 1996.

Such an imbalance in the protection of economic workers only leads to a one-sided growth of full-time employment and a sharp decline in the gig employment. If the protections and benefits do not extend to the temporary employment workers, they would soon shrink and dissolve.

Anushka is a third-year B.A. LLB. (Hons.)  student at Dr Ram Manohar Lohiya National Law University, Lucknow. She has a keen interest in the areas of Dispute Resolution, Competition Law and Corporate Law. She can be reached at anushkasingh30@gmail.com. She is the co-founding editor at The Contemporary Law Forum <https://tclf.in/>.

1 comment on “COVID-19’s Effect on Gig Economy: Is it Giggling or Gagged?”