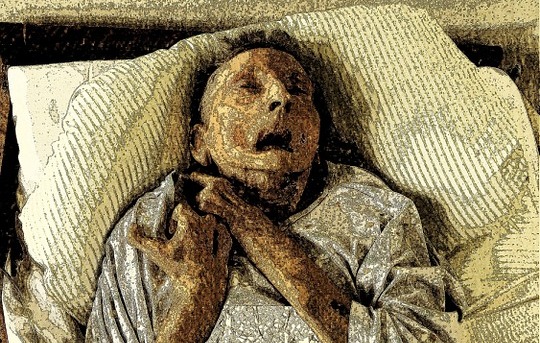 This article has been written by Prarthana Nanda. Prarthana is currently a student of GLC, Mumbai.

Been in debate for a long time now, the Government of India has finally responded to the issue of Euthanasia through the Terminally Ill Patients (Protection of patients and medical practitioners) Bill, 2016. But does the bill talked about meet the needs of the people or not. Let’s have a look.

Euthanasia as a subject has been ignored by the legislative for many years now despite two major judgments on it. The Aruna Shanbaug case and the Common Cause case prodded the Government to formulate a law on it. Probably the reluctance shown by the legislature could be because of the various distinctions of faiths in India.[1] Until now, the guidelines of SC formulated in the Aruna Shanbaug case, the nurse who was in a Persistent Vegetative State (PVS) for 37 years, were followed for assisting passive euthanasia to terminally ill patients. These guidelines required the close relative or alternatively, a friend of the patient to put an application to the High Court for a request of termination of life by withdrawal of life-support system. The HC was then required to appoint a panel of three doctors who would prepare a report in accordance with which the Court declared a verdict.[2].

These guidelines were primitive in nature, and realizing this, Supreme Court refused to take up any stand on the matter and requested the Government to formulate a law on the matter when a PIL was filed by an NGO called Common Cause.[3]

The Terminally Ill Patients Bill which deals with the protection of patients and medical practitioners highlights the following points:

Formulated on the guidelines of the 241st Law Commission Report, the Draft Bill has fallen short of meeting the expectations of the people. The Bill is un-hewn and seemingly raw in nature. There is hardly any addition to the bill by the Government on the 241st Law Report.

In addition, the bill has, disappointingly for many activists, declared living wills as void. Living wills are those instruments through which an adult can decide in advance to be or not be administered by any life-supporting system when they are terminally ill. This has been criticized as violative of Right to Choice and Right to Life and Liberty under Article 21 of the Constitution of India.

Thirdly, many child activists are arguing on the Right given to minors to decide their termination of life. Any competent patient above 16 years has the Right to decide so, according to the Bill. Viewed in the light that when minors don’t have a Right to Vote or a Right to Marry before 18, how can they be given the Right to Die at such a precarious age.

The concept of Living wills, seemingly removed in fear of its mis-use, takes away a Right of the people for a frivolous argument that it could be mis-treated. On the issue of Living wills, a reference to the Australian laws of Euthanasia which issued the following safeguards for Living Wills can be made:

Another issue raised is that the bill should also highlight on the method of treatment to be administered to a patient by a doctor. For instance, a senior doctor said, “The Bill doesn’t guide the doctor about how to handle a 90-year-plus patient with terminal complications from cancer or a patient suffering a third stroke. Should the doctor concerned take a chance by starting treatment or not offer any treatment at all?”[5]

However, the Bill was uploaded on the website of Ministry of Health and has sought recommendations from the citizens. Hopefully, a well-drafted bill shall soon be presented in the House of Representatives.

0 comments on “India’s move towards Euthanasia – A well-played one?”