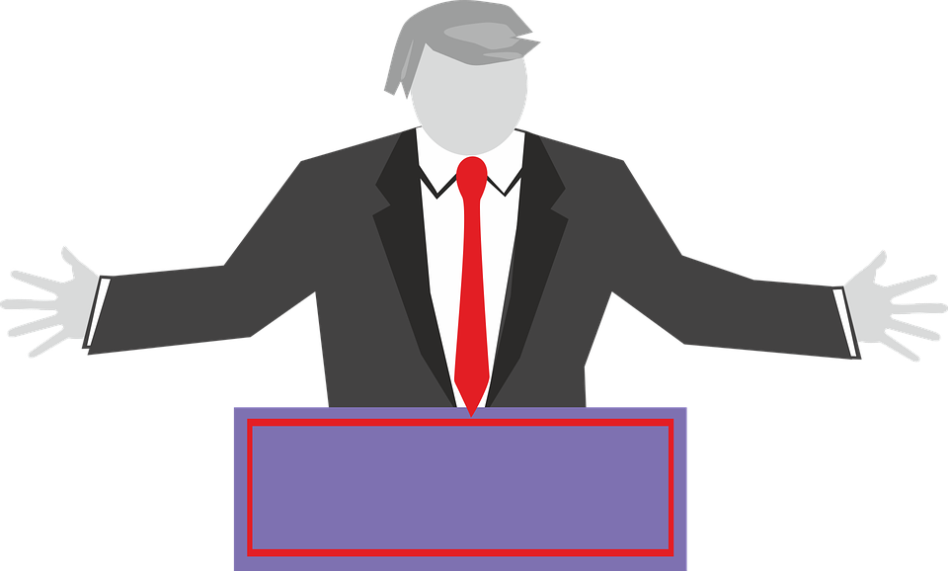 This article has been written by Amrit K.N. Pradhan. Amrit is a student at Rajiv Gandhi National University of Law, Patiala.

Going back in the history to June 4, 1987 then U.S. President Ronald Reagan famously spoke in Berlin,

Now we have something of a contemporary version,

It was one of the most chanted slogans in Trump’s rallies spanning across America, perceived as the greatest country in the World. That great country in which 70 per cent of college students are in debt by the time they emerge from their teenage years.

The crisis did not just emerge out of thin air. The Republican Bush administration had enacted massive tax cut for the rich in June 2001. Those with incomes over a million got a tax cut of $18,000-more than 30 times larger than the average American. The lop sided tax policy was further compounded when there was a further tax cut in 2003.

All this meant by 2012, the average reduction for an American in the bottom 20 per cent was a $45. Those with incomes of more than $1 million saw their tax bills reduced to by an average of $162,000.The greatest beneficiary of these ‘reforms’ was the financial sector.

Similar tractions can be seen across the Atlantic in the United Kingdom emerging out of the same boiling point ‘tax policies’ (exploiting the ‘grey area’ around it Nigel Farage and Boris Johnson won the Brexit vote.). ‘Misrepresented’ taxation benefits which UK would have derived out of ‘Brexit’ was used as a folly to attract the voters. The voters who largely voted for the ordeal were largely uneducated, blue-collar workers and the older generation who felt deprived of their economic rights.These two political campaigns towards the Right clearly denotes ‘Rise in Inequality’ is spreading its wings slowly, but surely.

Greenfield trading instruments such as the financially innovative ‘credit default swaps’ which were built on lucrative housing mortgages known as NINJA Loans (No Income, No Job and No Assets) also deserved a fair share of the blame for the 2008 fiasco. I would suggest as a reader of this blog you surely catch a glimpse of The Big Short featuring Ryan Gosling and Steve Carell.

London, the heart beat and Capital city of UK and as one of the major financial hubs across the world has seen massive development in housing, realty, transportation and civic amenities. It has attracted a fair share of migration of Financial Professionals from across the world as well.  This has meant a lop-sided policy focus on behalf of the British Government in guiding all the resources in one tiny part of UK to accommodate demands of the world. Thereby ignoring the general public who pay majority amount of the taxes to facilitate this ‘lopsided development’.

The Cameron Govt. would have dodged the ‘Brexit’ sentiments better if they had acted on their promise of devolution of authority and resources in the aftermath of Scottish Referendum. However, despite this the respective authorities in Birmingham and Manchester managed to develop. The Cameron Govt. eventually paid for playing the blind eye in the ‘Brexit’ vote.

The recent economic figures, however cast a different America. In the by gone quarter the economy grew at a pace of 2.9 per cent beating, a commendable figure for a developed country.

This is similar to the ‘perception’ which outsiders’ have of the country and flock to the country in desire of living the ‘American Dream’. There is designated history which also proves their success rate in achieving it, however at the costs of the native Americans. When Obama emerged victorious on ‘Yes,We can’ it was perceived as signs of the general American public regaining pulpit.

But obviously, it didn’t happen or how would have the policymakers’ got funding for their campaigns? (Read the Citizens United case.). The line of difference between the two political forces also diminished due to the court ruling.The Obama Govt. funnelled in money bailing out the financial sector and leaving the average American on street. This was again similar case to Britain were due respect was paid to outsiders’ than to the citizens.

This is a classic philosophy of a capitalist economy where ‘in trouble’ firms pray for bailing out, but turn their back to prayers at times of profit when their consumers turn ‘insolvent’. All these when summed up,‘Build that wall’ resonates en masse in at least 45 million poverty stricken Americans’ (15 per cent of the population).

0 comments on “‘Brexit’ passes the baton to Trump”