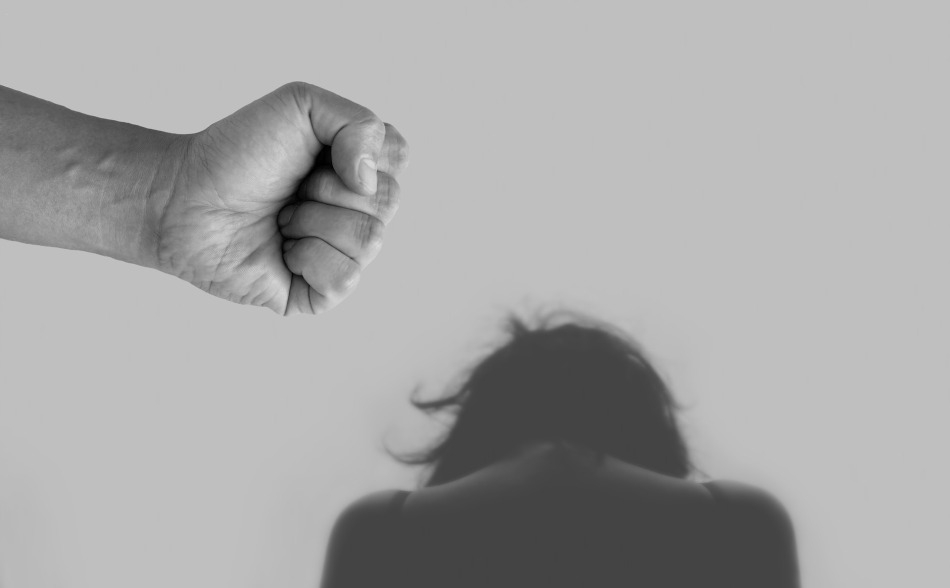 The world has been facing the COVID 19 crisis since the past few weeks which has led various countries to a period of complete lockdown, one of which is India. Now, being under lockdown for almost forty days.

During this period when the world has been focusing on issues such as sanitization, health care, economy; the problem of domestic violence has been increasing at the back with no or only a little attention being given by the government of different countries. As the world has been campaigning the motto of ‘Stay Inside Stay Safe’, the boundaries of homes that were supposed to be safe for everyone is turning into places, housing constantly increasing cases of domestic violence. In China, the number of domestic violence cases reported to the local police tripled in February as compared to the previous year, according to Axios. There has been a similar increase in the number reported from all over the world in countries like France, UK, Mexico, Spain, etc. The latest addition to this list has been India.

The scenario of domestic violence during the lockdown

Even when the times are normal and the country is not facing a major crisis, the issue of domestic violence has been a major cause of concern which reflected in the National Family Health Survey-III (NFHS-III), published in 2005, found that while 37.2 per cent of women who had ever been married had faced spousal abuse, only 2 per cent sought help from the police. According to the same survey, about half of these women ended up in a hospital at some point owing to the violence they experienced.

During the lockdown period this has only been getting worse, the National Commission for Women (NCW), which receives complaints of domestic violence from across the country, has recorded more than twofold rise in gender-based violence in the national Coronavirus lockdown period. The total complaints from women rose from 116 in the first week of March (March 2-8), to 257 in the final week (March 23-April 1). Invisible Scars, an NGO working to help domestic violence victims, has also seen a spurt in complaints.

In the remote areas, the NGOs that worked for this cause, spreading awareness and acting as a mediator between the authorities and the victim, making it easier for women to report such cases also have their hands tied down during the lockdown. The various difficulties that came with the lockdown like unavailability of alcohol for the addicts, the pressure of bringing home the necessities have also been a contributing factor to this increase.

Steps taken by the Indian government and its effectiveness

Considering the rising number of cases in the country facing domestic violence the National Commission for Women (NCW) launched a helpline number — 0721-7735372 to enable those to send a WhatsApp message to access help with the reason that it is easier for women to connect via WhatsApp than via e-mail.

The data also showed that a total of 40 messages were received in a couple of days reporting domestic violence since the launch of the number, which is a true representation of how hesitant the victims are in reporting such cases. The major concern here is how this step taken by the government completely disregards the huge chunk of women who might not have access to WhatsApp/ internet or even mobile phones and hence, is in complete disregard of Art. 39A by not providing an equal opportunity to justice to all the victims. A considerable fraction of domestic violence cases take place in remote areas and in the lower strata households where most women do not have access to mobile phones or even a steady network facility, reporting cases via WhatsApp seems to be a far-fetched idea.

It is incredibly hard for women to speak up openly and report such abuse even under the most supportive conditions. But with the sudden lockdown, when women find themselves isolated and, in certain cases, dependent on the man for the fulfilment of their basic necessities, they do not find the courage to report against them. We are in a situation where our homes are proving to be a safe place for us and protecting us from the deadly virus but the victims of domestic violence face danger inside as well, living with the perpetrators, that inflict harm on them every single day. While the government has been focused on providing the people with their basic needs and basic facilities but these victims are being deprived of their basic human right and the government has not been of great help either, by providing a way which does not regard these difficulties that women throughout the country, face. By not taking holistic measures, the state is also overlooking Art. 37; which says that it shall be the duty of the State to apply these principles in making laws and 38; which says that ‘the State shall strive to promote the welfare of the people by securing and protecting as effectively as it may a social order in which justice, social, economic and political, shall inform all the institutions of the national life’.

The Statement of Objects and Reasons declared that the Domestic Violence Act,2005 was passed keeping in view the fundamental rights guaranteed under Articles 14, 15 and 21. Article 21 confers the right to life and liberty in negative terms, stating that it may not be taken away except by procedure established by law.

In the case of Francis Coralie Mullin v. The Administrator, Union Territory Delhi and Ors., the Supreme Court stated, any act which damages or injures or interferes with the use of any limb or faculty of a person, either permanently or even temporarily, would be within the inhibition of Article 21. This right is incorporated in the Act through the definition of physical abuse, which constitutes domestic violence (and is hence punishable under the Act). The Act also includes certain other definitions of domestic violence as given in the IPC.

Therefore, as can be seen from the precedents the right against domestic violence is covered under Art. 21 as a fundamental right and by not taking inclusive and holistic measures, the state is depriving the victims of their right.

The government to control this rising issue must implement reforms that are inclusive of all women in the country, considering the regional complications and the plight that women have to face on a day to day basis in the current circumstances.

The approach that the government has taken to tackle COVID-19 can also be applied to deal with the problem of domestic violence during this period, where the state governments and the local authorities like the Panchayats are given more powers. This ensures better implementation of the policies. Strengthening of federalism furthermore could also give the state the power to make policies that are better suited to the condition of that region.

Some of the measures that could be taken to tackle this issue are:

If the above-mentioned steps are not taken to take hold of the situation, the High courts would have to take suo moto cognizance like in J&K. The government should take immediate action to fight this problem that has come with COVID-19, otherwise, the women in the country would keep facing abuse like they used to, a 100 years ago, receding back to the patriarchal and misogynist culture that the country had witnessed.

0 comments on “Increase in Domestic Violence: A supplementary malady to COVID-19?”