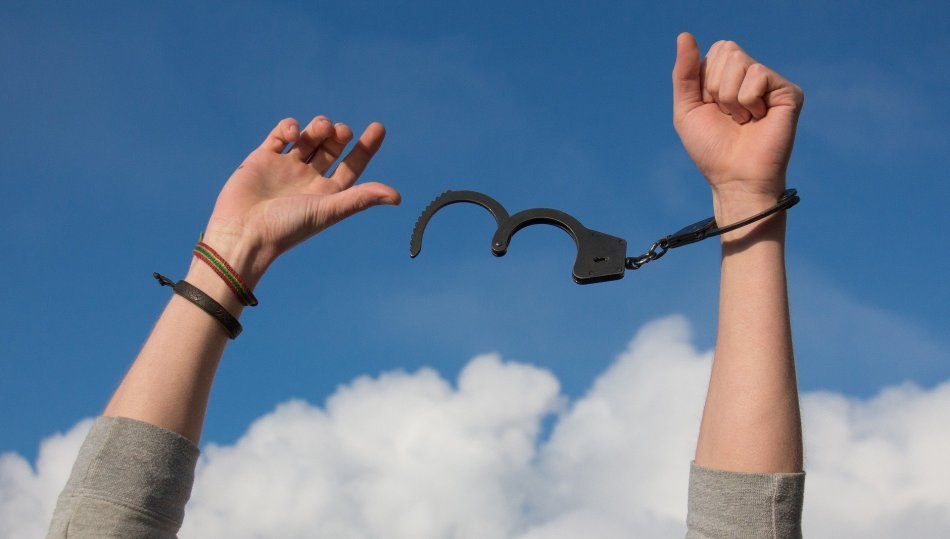 The recent custodial deaths in Tamil Nadu has provided us with an opportunity to write one more post in continuation of our series on Police Inaction and Excesses and to have a look into salutary provisions of arrest and remand as provided under CrPC. The focus of the present post will be on Police Custody and the rules regarding it. To view the previous two posts of the series you can click on the link provided here:

Article 22 (2) of the Constitution of India[1] and Section 57 of Cr. P.C.[2] give a mandate that every person who is arrested and detained in police custody shall be produced before the nearest magistrate within a period of 24 hours of such arrest excluding the time necessary for the journey from the place of the arrest to the court of the magistrate and no such person shall be detained in the custody beyond the said period without the authority of a magistrate. These two provisions clearly manifest the intention of the law with regard to remand and therefore it is the magistrate who has to judicially scrutinise circumstances and if satisfied can order the detention of the accused in either police or judicial custody.[3]

Special Order for Remanding the Accused

When any investigation cannot be completed within 24 hours of the arrest of an accused as provided under S. 57 of the Code and there are reasonable grounds for believing that the accusation or information is well-founded and the station officer is further in a position to show satisfactory grounds for the application for special order for the detention of the accused in police custody u/s. 167 Cr.P.C.,[4] the SHO of the police station or the investigation officer not below the rank of sub-inspector shall forward the accused to the nearest Judicial Magistrate (whether or not he has the jurisdiction to try the case), together with a copy of the entries in the case diary relating to the case and report the matter to the Superintendent, but in no case shall the accused remain in police custody for a longer time than is reasonable without the authority of a Magistrate.[5]

When the arrested accused is so transmitted to the Judicial Magistrate directly, he may authorise further detention (after the first 24 hrs) within the period of first fifteen days to such custody either police or judicial and in cases where the first remand was given by Executive Magistrate, for the remaining period, that is to say excluding one week or the number of days of detention ordered by the Executive Magistrate from the first 15 days. After the expiry of the period of the first fifteen days, the further remand during the period of investigation can only be in judicial custody. There cannot be any detention in the police custody after the expiry of first fifteen days even in a case where some more offences either serious or otherwise committed by him in the same transaction come to light at a later stage.

Sub-section (2) of Section 167 as well as proviso (1) of subsection (2) of Section 309[7] relate to the powers of remand of a magistrate, though under different situations, the two provisions call for a harmonious reading insofar as the periods of remand are concerned. It would, therefore, follow that the words “15 days in the whole “occurring in sub-section (2) of Section 167 would be tantamount to a period of “15 days at a time” but subject to the condition that if the accused is to be remanded to police custody the remand should be for such period as is commensurate with the requirements of a case with provision for further extensions for restricted periods if need be, but in no case should the total period of remand to police custody exceed 15 days. Where an accused is placed in police custody for the maximum period of 15 days allowed under the law either pursuant to a single order of remand or to more than one order, when the remand is restricted on each occasion to a lesser number of days, further detention of the accused, if warranted, has to be necessarily judicial custody and not otherwise. The legislature has provided for placing an accused under police custody by orders of remand for effective investigation of cases has at the same time taking care to see that the interests of the accused are not jeopardised by his being placed under police custody beyond a total period of 15 days, under any circumstances, irrespective of the gravity of the offence or the serious nature of the case. These observations make it clear that if an accused is detained in police custody, the maximum period during which he can be kept in such custody is only fifteen days either pursuant to a single order or more than one when such orders are for lesser number of days but on the whole such custody cannot be beyond fifteen days and the further remand to facilitate the investigation can only be by the detention of the accused in judicial custody.[8]

Where the accused surrendered in the Court and the prosecution applied for police custody, but the prayer could not be granted till the expiry of first fifteen days, it was held that the Magistrate rightly refused police custody.[9]

What is the exception to this General Rule

But this bar does not apply if the same arrested accused is involved in a different case arising out of a different transaction. Even if he is in judicial custody in connection with the investigation of the earlier case he can formally be arrested regarding his involvement in the different case and associate him with the investigation of that other case and the Magistrate can act as provided under Section 167 (2) of Cr.P.C and the proviso and can remand him to such custody as mentioned therein during the first period of fifteen days thereafter in accordance with the proviso.

How to compute the first period of 15 days

When formal arrest is necessary

First of all Formal Arrest shouldn’t be understood as Arrest defined under Section 46 of CrPC [11]i.e, actually touching and confining the body of the person. Formal Arrest is made when the accused is in Judicial Custody for a crime and subsequently, it comes out that he is also involved in some different crime arising out of the different transaction. What police do in such a case is that they formally arrest the accused who is already in Judicial Custody.  Although there is no arrest in the strict sense but for the purposes of subsequent case accused is now deemed to be in police custody. Section 57 says that he has to be produced before the nearest magistrate within 24 hrs. But in cases of formal arrest, it is not an illegality if the requirement is not complied with because he is already undergoing judicial custody for some different crime. The number days accused is in Judicial Custody for the previous case after the date formal arrest made in the subsequent case will not be counted when police officer reaches to the magistrate for remand of accused in police custody for the subsequent offence. His days under Police remand will start from the day when Magistrate passes the order of police remand and not from the day when he was formally arrested. It should also be kept in mind that Magistrate is not committing an illegality by authorising remand of an accused who was not produced before him within 24 hrs of his arrest.[12]

Authorizing remand to Police custody is a very serious and sensitive judicial function of utmost responsibility. S.167(2) only prescribes the maximum period of 15 days, but that does not authorize the Magistrate automatically to remand the accused for the period. At every stage when the Police seek a remand, the Police must satisfy the Magistrate that there is sufficient evidence against the accused and further evidence might be obtained; and it is only when the Magistrate is satisfied, after looking into the case diary, that he should direct a remand.[13]

A remand to Police custody should not be given unless the officer making the application is able to show definite and satisfactory grounds. Remand order should not be passed mechanically without proper application of mind.[14] The Magistrate should not authorize the detention of an accused to any custody mechanically in routine. If the Law Officers charged with the obligation to protect the liberty of the person are mindless of the constitutional mandate and the dictates of the Code, how can freedom survive for the ordinary citizens?[15]

It was held in Kana vs. St of Rajasthan[16], Magistrate must give reasons for authorizing detention of accused to custody. Such orders cannot be passed as a matter of course. Order of Remand is a judicial order to be passed on application of mind to the contents of the Remand report submitted by the investigating officer. It is not an empty formality or a routine course to extend remand time and again as and when sought by the police. The order, therefore, should contain the reason to extend remand further.[17]

As seen from the discussion that Magistrate needs to apply his mind while authorising the remand of accused in custody especially in cases of police custody. The practice of giving accused in police custody is generally disfavoured by courts. While authorising remand the magistrate shouldn’t act in a routine manner like a post office. He has to apply his judicial mind and only when he is satisfied with the sufficiency of grounds he should authorise custody.

The scheme of the sections after the amendment of the year 1978 is intended to protect the accused from unscrupulous police officers. Great care has now been taken to see that the accused persons are not unnecessarily remanded. The object of the section is to see that the person arrested by the Police is brought before the Magistrate with the least possible delay so that the Magistrate could decide whether the person produced should further be kept in Police custody and also to allow said accused to make such representation as he wishes to make.

Further, in Central Bureau of Investigation vs. Anupam J. Kulkarni[18], it was said that if during the investigation his complicity in more serious offences during the same occurrence is disclosed that does not authorise the police to ask for police custody for a further period after the expiry of the first fifteen days. If that is permitted then the police can go on adding some offence or the other of a serious nature at various stages and seek further detention in police custody repeatedly and this would defeat the very object underlying Section 167. However, the Apex court clarified that this limitation shall not apply to a different occurrence in which complicity of the arrested accused is disclosed. That would be as different transaction and if an accused is in judicial custody in connection with one case and to enable the police to complete their investigation of the other case they can require his detention in police custody for the purpose of associating him with the investigation of the other case. In such a situation he must be formally arrested in connection with other case and then obtain the order of the magistrate for detention in police custody.

Harshit Sharma is a B.A., LL.B. (Criminal Law Hons.) graduate from National Law University, Jodhpur and an LLM (Criminal Law) from Mahatma Jyoti Rao Phoole University, Jaipur. He has qualified NTA NET (December 2019) and can be reached at harshitsharmanluj@gmail.com.

3 comments on “Police Remand – Whether can be given on Demand”